Charging a monthly amount for current accounts has become widely accepted – account holders pay a few pounds each month for the privilege of owning a bank account with added benefits such as travel insurance.

Yet it seems that the long-standing practice of charging customers for going overdrawn or exceeding an overdraft limit might be coming to an end, or at least being seriously curtailed.

The Competition and Markets Authority (the competition watchdog in the UK) has concluded its investigation into the imposition of expensive overdraft fees and released a report that lists a series of solutions to what it says is the problem of high bank charges for customers (and small businesses) who borrow without prior agreement.

How will banking charges be affected?

The two-year investigation aims to increase competition between banks and encourage consumers to shop around for the best banking deals available. Under the report, banks will still be able to set their own maximum overdraft charges, but must make these transparent and alert account holders before they exceed their agreed limits, to give them the opportunity to avoid these charges.

Currently, charges imposed by banks for unauthorised use of overdraft facilities earn the banks around £1.2bn each year, so the recommendations are unlikely to be welcomed with open arms. Yet the CMA’s findings that charges lack transparency and that consumers are often stung by disproportionately high charges after going overdrawn should herald changes to the system nonetheless.

The fact that the CMA has not recommended a set cap on the fees that banks can charge means that it will be down to individual lenders as to what they will charge their customers. Since the banking sector is competitive, the CMA hopes that fees will be reduced as banks aim to retain their customers and try to entice new account holders away from their competitors. 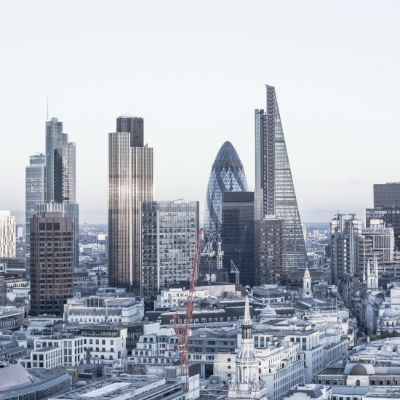 Currently, banking charges vary considerably (from £100 at the Halifax to £35 at Barclays, for instance) but the CMA considers that the lack of transparency of these charges means that customers often neglect to check such details when considering where to hold their current accounts. They estimate that consumers could save as much as £1bn over the course of the next five years by researching which accounts are best for them and switching banks accordingly.

Going overdrawn unexpectedly could be caused by an unexpected bill arriving or an emergency (and costly) form of borrowing. The very fact that a customer goes overdrawn would normally indicate that they are struggling financially (even if only in the short-term) and, if so, then punitive bank charges would be very difficult to pay. The Citizens Advice Bureau has welcomed the CMA’s report and proposals as a means of tackling a situation that could otherwise push consumers into further (unaffordable) debt.

Overdrafts are expensive forms of credit

If you regularly rely on your overdraft, you could be spending far more on fees than you would on interest payments for a formal personal loan. Overdraft charges can equate to far more than even the high interest rates associated with payday loans, for instance. Even without a penalty charge, overdrawn balances can attract disproportionately high interest rates (the Halifax, for instance, charges £1 per day on overdrawn balances of any amount).

Furthermore, if you go beyond your agreed overdraft limit your credit score can be affected, making it more difficult for you to gain credit with an affordable interest rate. You can check your credit score by applying for a free* credit report from Credit Angel to see what a lender would learn when running a credit check.

If your credit score is healthy, taking out a planned loan that you can afford to repay at a reasonable interest rate may prove cheaper than relying on your overdraft and being charged for doing so (even if those charges are reduced as a result of the CMA’s report). If your credit report reveals a weak credit score, takings steps to improve it will make future borrowing more affordable and make it less likely that you will need to rely on your overdraft.