Payday loans have been much maligned in recent times: with sky-high interest rates applied to loans taken out by people who have more outgoings than income, they are often accused of taking advantage of vulnerable customers.

In turn, they claim that they are providing a service advertised and promoted as a temporary, one-off measure designed to help people who need a quick, short-term loan to cover unexpected outgoings.

Google is clearly unimpressed by the nature of these loans and has announced that it is banning any paid advert through its service that relates to them. Any embedded advert within search results that contain the keywords ‘payday loans’ will be rejected, in the same way as ads that promote smoking, drug use or firearms are. Businesses offering traditional forms of credit such as mortgages, credit cards, car loans and personal loans will not be affected by the changes. 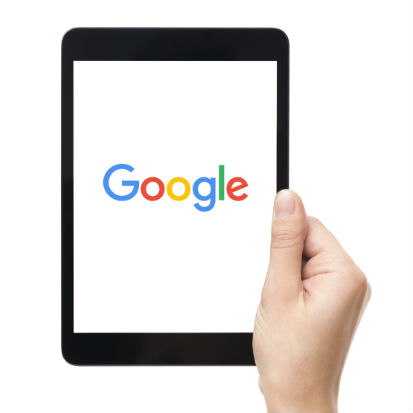 It is believed that this will curtail an industry that has already encouraged heavy involvement by the Financial Conduct Authority. Interest fees have now been capped at 0.8% per day which, although lower than many payday lenders were charging, is still considered high. The payday loan industry is worth an estimated £2bn, although the recent interest caps have already led to heavy losses for individual lenders such as wonga.com.

Google has taken this stance despite the fact that it will lose revenue from paid adverts – when you click on a paid advert, Google receives money from the advertiser (typically around £11 for each click).

Their announcement comes at a time when the Consumer Financial Protection Bureau in the US is introducing powers that force lenders to assess whether borrowers have the ability to repay their loan without taking out a further loan to do so. This ‘affordability test’ is already commonplace in the UK’s mortgage market and is a means of preventing people from becoming trapped in spiralling levels of debt.

When you have more going out than coming in

Payday loans can be tempting. If you usually have enough income to cover your outgoings but don’t have enough spare each month to put money into savings then an unexpected bill such as an MOT failure or a vet bill can leave you in real difficulty.

You could allow your current account to go overdrawn, though you may face an overdraft charge and high interest rates on this debt, and your credit score can be negatively affected. Or you could take a payday loan and hope that you will have enough money on payday to repay that loan and pay all of your bills for the following month. Unfortunately, if you cannot afford to save any money each month then it is very unlikely that you would have any money spare to repay a loan over a short period of time.

If you are in a situation where you need to find extra money, your first step should be to re-analyse your budget. There will be things that you pay for routinely that you could really live without – whether that’s a newspaper every now and then, a bottle of wine with the grocery shopping or something more substantial such as a satellite TV package. Yes, these things are nice to have but they are not essential.

If you have whittled your budget down to the bare bones and still have insufficient funds to pay unexpected bills or to put aside some savings then take a look at your credit report. You can get a free trial* credit report from Credit Angel and you will be able to see what a lender would find out through a credit check. If your credit score is less than healthy then you may be able to take steps to improve it. Once your credit score is better, you will be able to secure more affordable borrowing when you need it.

Planned borrowing over the medium term at a lower interest rate should be more affordable on a monthly basis than an emergency, payday loan that could quickly spiral into a massive debt if you cannot repay it within the short term specified by the lender.

Meanwhile, with Google’s decision to ban payday loan ads, you are at least unlikely to succumb to temptation when searching for debt solutions online in the early hours of the morning.